"We are pleased to introduce two additions to ProZyme's Gly-X offering," said Sergey Vlasenko, Ph.D., President and CEO of ProZyme. "We developed the Gly-X platform to speed up glycan sample preparation, but two very commonly used labels, 2-AB and InstantAB, have been missing. With the launch of the Gly-X 2-AB Express and Gly-X InstantAB kits, analytical and QC groups at biopharma companies can simplify their processes and get the N-glycan results faster. In addition, the use of well-established labels will assure data continuity and enable easier platform transition for ongoing projects. I believe the next generation Gly-X platform will deliver real improvements to the way N-glycan analysis is performed today."

Protein glycosylation is a post-translational modification that can influence the efficacy and safety of therapeutic proteins such as monoclonal antibodies, and N-glycosylation can be a critical quality attribute. Protein glycosylation can also serve as a signature of a specific disease state. Traditional methods for N-glycan analysis involve slow and labor-intensive steps for sample preparation. A fluorophore is frequently added to released glycans to aid detection, and 2-AB (2-aminobenzamide) has been used to generate labeled N-glycan data for over 20 years. Typically, labeling with 2-AB requires the sample to be dried down prior to the labeling reaction, a step that has been eliminated with Gly-X 2-AB Express on-matrix labeling.

ProZyme Gly-X chemistry enzymatically releases N-glycans from glycoproteins with PNGase F in 5 minutes, and released N-glycans are labeled with a fluorescent dye instantly (InstantAB, InstantPC or InstantQ), or via on-matrix 1 hour reductive amination reaction with no prior dry down (2-AB Express). The entire sample preparation protocol can be completed in less than 1.5 hours for InstantDye or 2.5 hours for reductive amination dye. The protocol can be automated on common laboratory liquid handlers.

ProZyme, Inc. is a privately held company based in Hayward CA founded in 1990 with a vision of establishing a high-quality, value-added and customer-driven biochemical reagent company. We are proud, 27 years on, to provide the highest level of products, services and support to our customers at biotechnology, biopharmaceutical and academic institutions across the world. ProZyme's flagship product line is an extensive glycobiology portfolio, alongside streptavidin, phycobiliprotein and conjugate offerings.  We perform custom analytical services, and welcome the opportunity to collaborate with our customers. ProZyme maintains a commitment to develop, release and support products in the exciting and rapidly-expanding area of glycobiology.

ProZyme, Inc., a leading manufacturer of reagents and tools for glycobiology, today announced the launch of the Gly-Q™ Glycan Analysis System, an integrated platform for high-throughput, user-friendly glycoanalysis. The Gly-Q System will leverage ProZyme's expertise in rapid glycan sample preparation and analytical glycan reference standards, combined with a small capillary gel electrophoresis (CGE) instrument powered by custom software for simplified glycan data analysis.
"We are delighted to introduce ProZyme's first instrument offering," said Sergey Vlasenko, Ph.D., President and CEO of ProZyme. "We have led the way in speeding up glycan sample preparation in the past few years, but data analysis has still been a bottleneck. With our new system, cell line development and analytical groups at biopharma companies can determine the glycan profiles of their samples faster, while reducing overall costs. I believe this system could benefit researchers running glycomic analysis of large datasets including clinical samples."
Protein glycosylation is a post-translational modification that can influence the efficacy and safety of therapeutic proteins such as monoclonal antibodies, and N-glycosylation can be a critical quality attribute. Protein glycosylation can also serve as a signature of a specific disease state. Traditional methods for N-glycan analysis involve slow and labor-intensive steps for sample preparation, glycan separation and data analysis. ProZyme introduces the Gly-Q system to enable high-throughput and accessible glycan analysis for use in biotherapeutic development, and to aid in glycan biomarker discovery.
At the front end of the Gly-Q workflow, ProZyme Gly-X chemistry enzymatically releases N-glycans from glycoproteins with PNGase F in 5 minutes, and released N-glycans are instantly labeled with a fluorescent dye that enables separation by CGE. The entire sample preparation protocol can be completed in as little as 45 minutes, and is automatable. Fluorescently-labeled N-glycans are then separated on the Gly-Q CGE instrument with a run time of 2 minutes per sample, allowing 96 samples to be prepared and analyzed within a single 8-hour work day. The instrument features an easily-replaceable Gly-Q cartridge containing a capillary and gel matrix.
Gly-Q instrument control and N-glycan data analysis is facilitated by custom-built Gly-Q Manager software. Migration standards are co-injected with each sample, which along with a ladder standard enables automatic data alignment and the calculation of glucose unit (GU) values for each sample peak. GU values for samples are then compared against built-in and customizable N-glycan reference libraries for peak assignment. Analysis is enhanced with ProZyme's glycan reference standards and exoglycosidase enzymes.
The combined Gly-Q System for N-glycan sample preparation, separation and analysis is exclusively marketed by ProZyme worldwide. 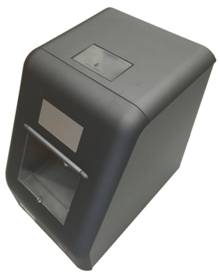 We were pleased to present a poster on our Gly-X with InstantPC kit at the 28th International Carbohydrate Symposium.

A handout version of our ICS 2016 poster is available here:Development of a 5-Minute Deglycosylation Method and Instant Labeling Dye for High Throughput N-Glycan Analysis by Mass Spectrometry 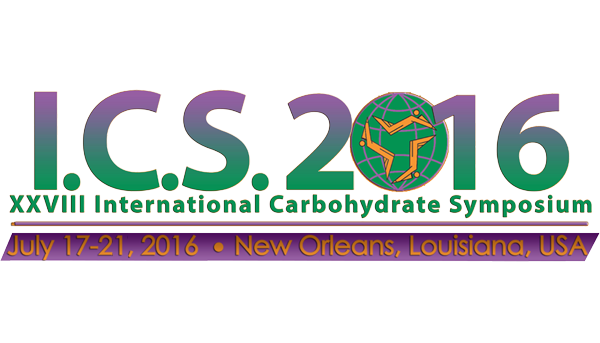